With the official release of SQL Server 2016 this month let’s try out what is new in SSMS 2016 and how we can access the new 2016 features via SSMS,

To Start with the SSMS is now a separate component and does not come with SQL DB engine install as in earlier versions. 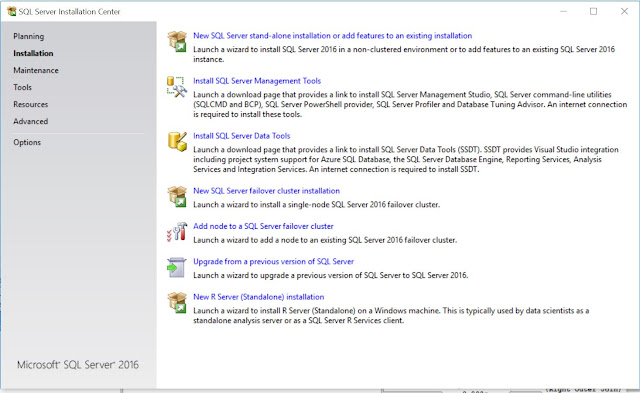 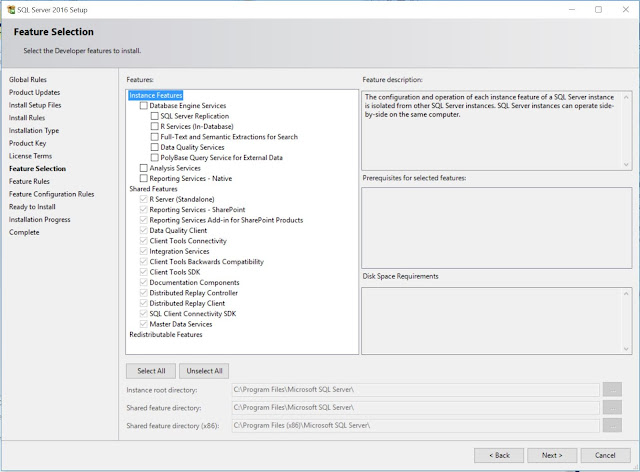 The install of SSMS and other client components are straight forward I would not like to go into details of the install anymore. Let’s try some new features of SSMS

1) Pin your solution screen, This is a big relief now you don’t need to search for your primary query window when you have multiple query windows are open, you can pin a query window and then work around it, the pinned window will never move out of your working space.

2) Although not entirely a SSMS concept but with the introduction of live query stats you have option to select include “Live Query Statistics” near the Include execution Plan option in SSMA(Shown in the pic below) More on Live Query statistics https://msdn.microsoft.com/en-us/library/dn831878.aspx 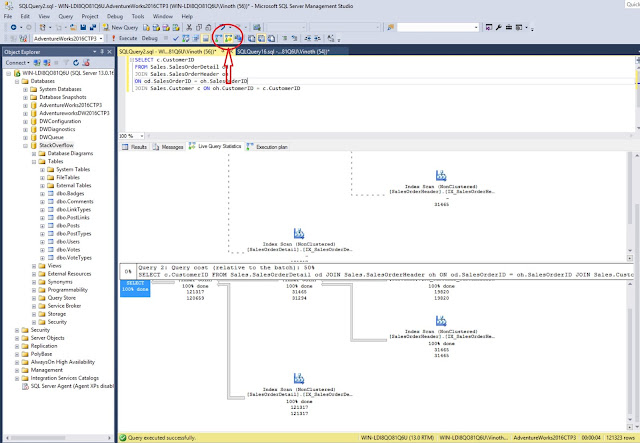 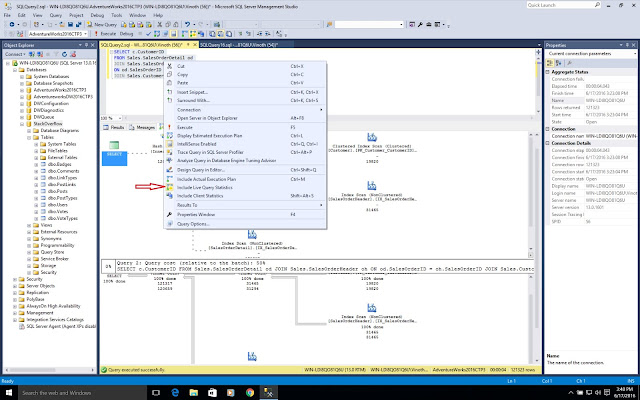 3) Another new and what i think is the most interesting concept introduced in SQL Server 2016 is Query Store can be found in database properties window now, we can discuss the Query store in detail in a separate blog.(More Info:- https://msdn.microsoft.com/en-GB/library/dn817826.aspx) 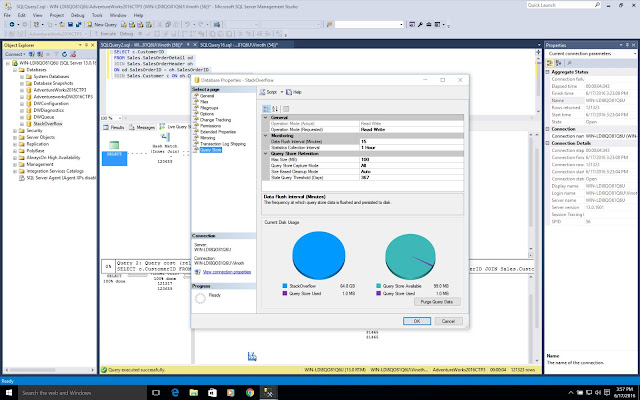 4) Row level security:- RLS is another new concept for more granular security at the row level introduced in SQL 2016.(More Info:- https://msdn.microsoft.com/en-us/library/dn765131.aspx )
You can create RLS via SSMS through Databases->Security->Security Policies folder as shown below. 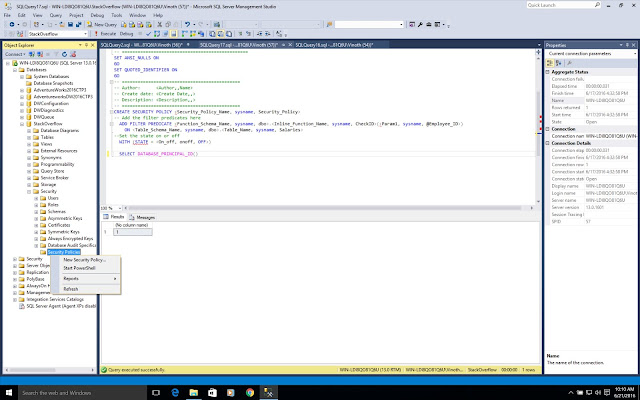 5) Finally you have the new Polybase concept to query non relational data stored in Hadoop or Azure Blob storage(More Info:- https://msdn.microsoft.com/en-us/library/mt143171.aspx )
You can access this via polybase folder in the SSMS as below. 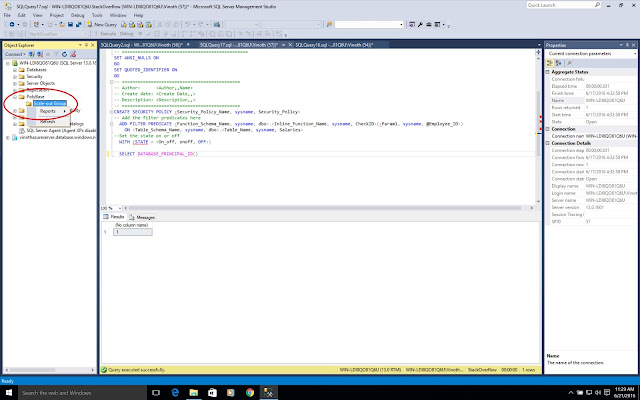 In in the coming blog we will discuss each one of these new concepts in detail.

From 2016 the SQL Server developer edition has beed made free, please download and make use of it. you get all enterprise features for testing absolutely free now!!!